Once upon a time there was a T shirt design called Love and Hate. The designer loved this design and it was his favourite for a long, long time. He loved it so much he made a limited edition art print much bigger and more elaborate than the original T shirt design. The T shirt was very popular and the print was received well by all who witnessed it.  Eventually over time, all but one of the prints sold out, but the T shirt was still very popular.

Times changed, new T shirt designs came and went and Love & Hate was still selling, but, something was not quite right. Although still admired, the Tee design was much smaller than the new younger, fresher designs and lacked their impact. To make way for new T shirts in the store the designer had moved it to the lower shelves. The more new Tees arrived, the less space was made for it. Eventually, the T shirt was hardly ever seen and it began to feel neglected and lonely. The newer designs laughed at it because it was not getting as much attention as they were.

“You used to be one of the designers’ favourites, but not any more!” They mocked. 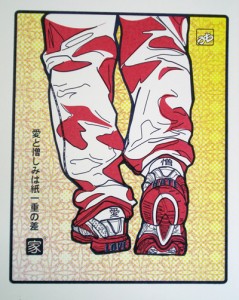 The last of the limited edition prints that was hanging on the wall opposite felt sorry for it’s smaller, neglected cousin and so asked the designer if he could update the design and make it as big as all the other T shirt designs he was creating.

“You said that I meant a great deal!”, the print shouted.

After thinking about it for a while the designer agreed. “I’ll make it a big as you!” he exclaimed to the print, “and I’ll give it a completely different background than yours so you’ll still be unique! How’s that?” He added.

The limited edition print was happy. 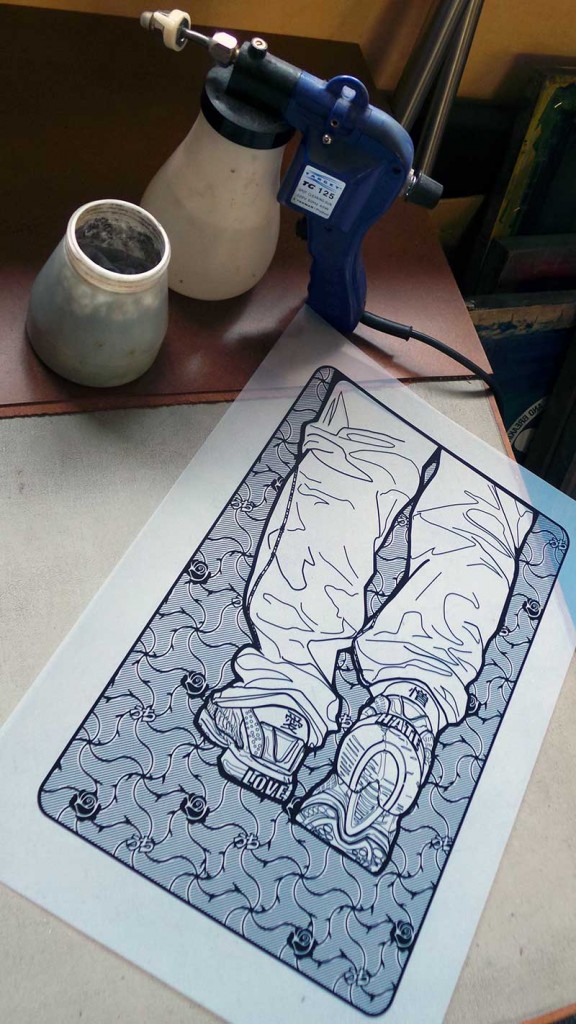 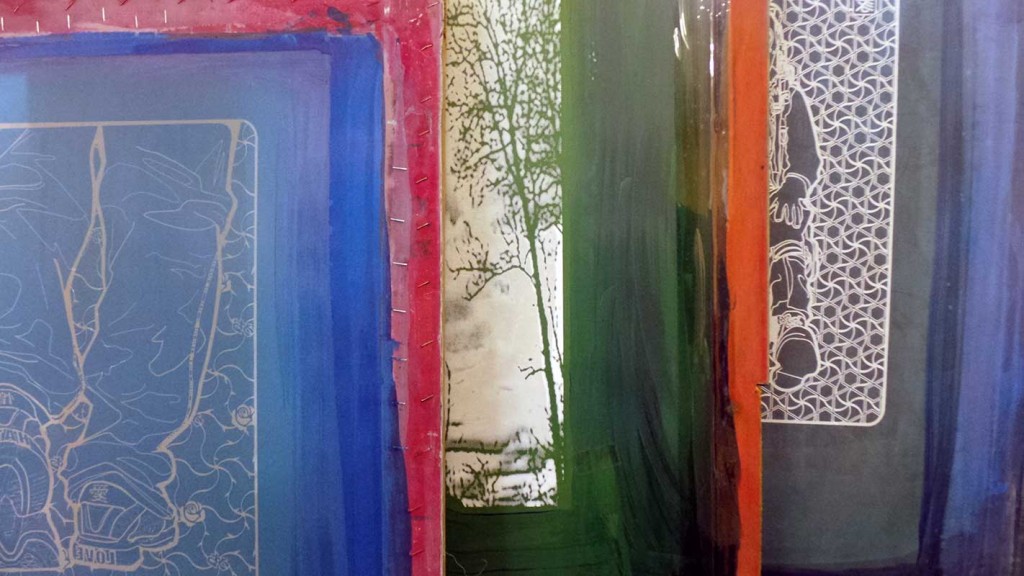 Out the dryer, ready to be stacked for the back prints… 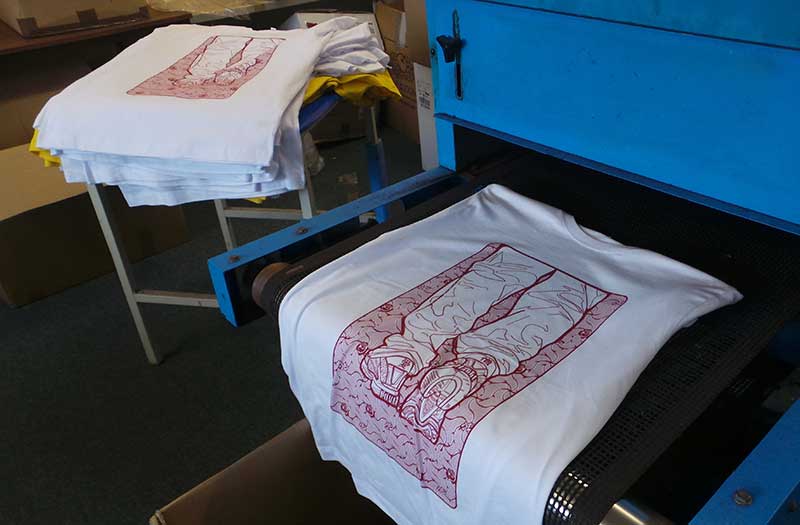 Out of the dryer ready for the back prints.

Finally, the before and after T shirts. 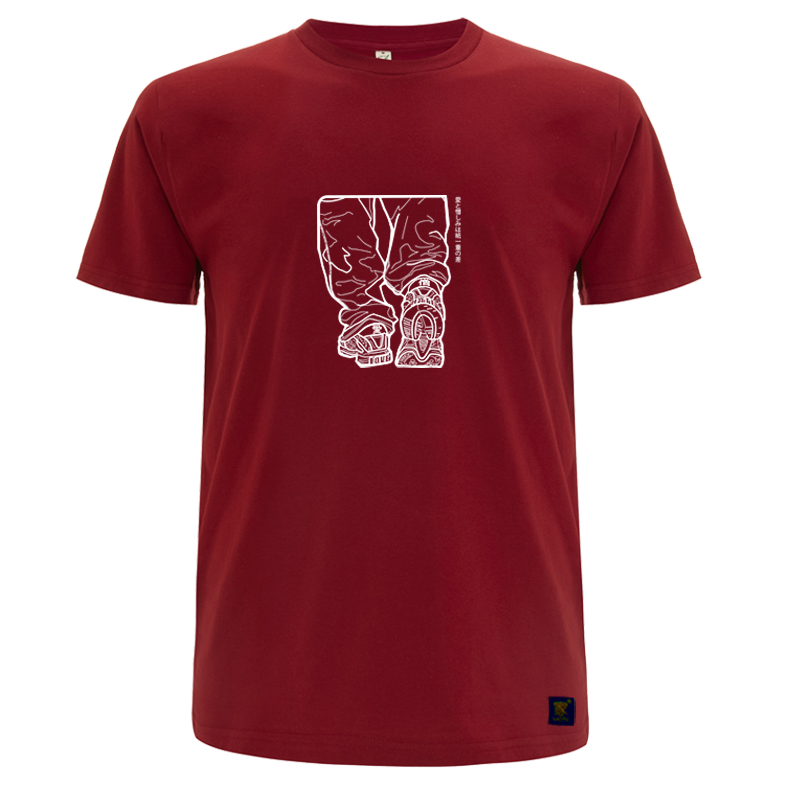 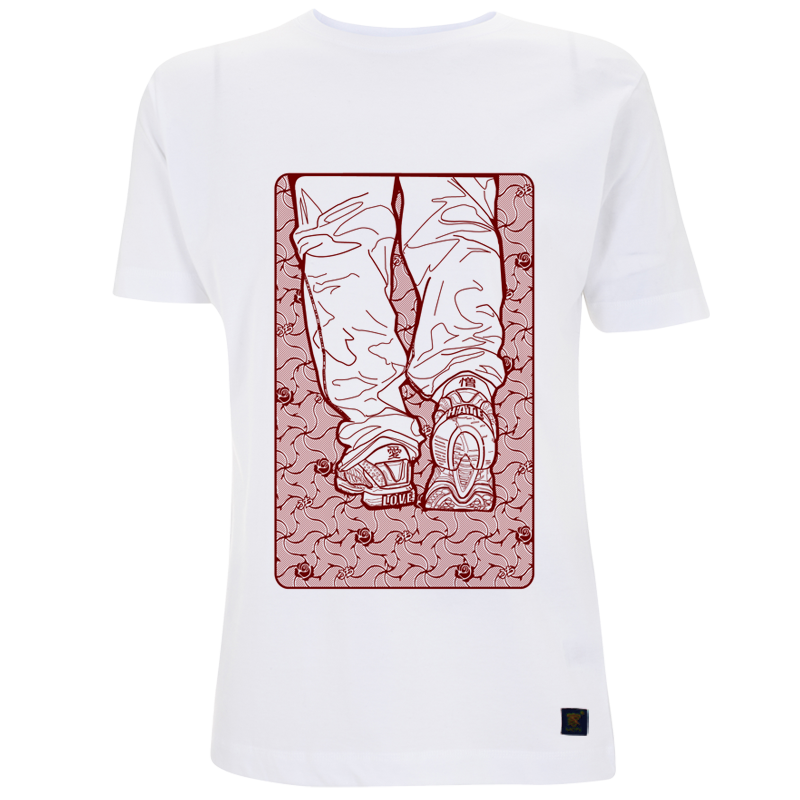 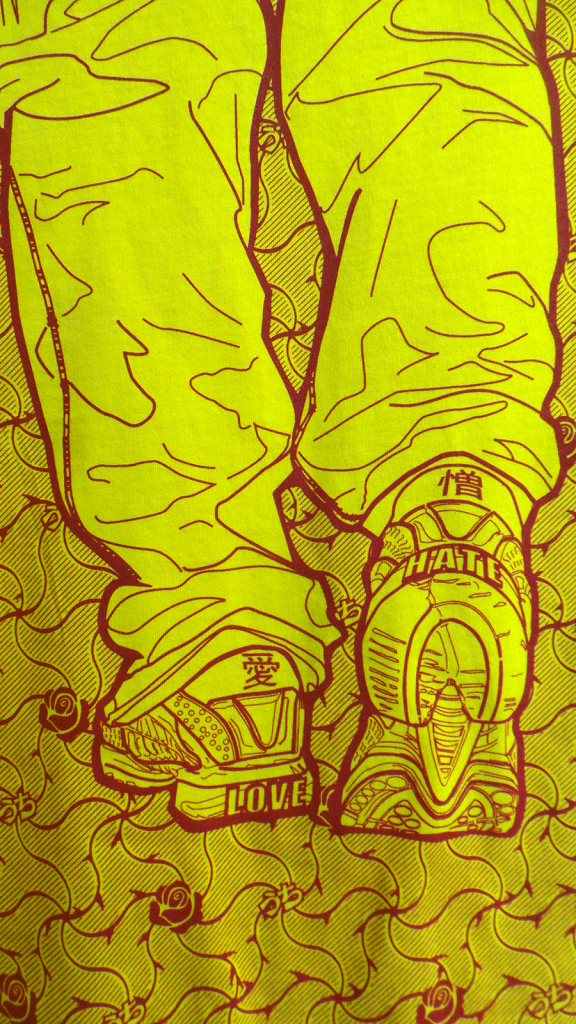 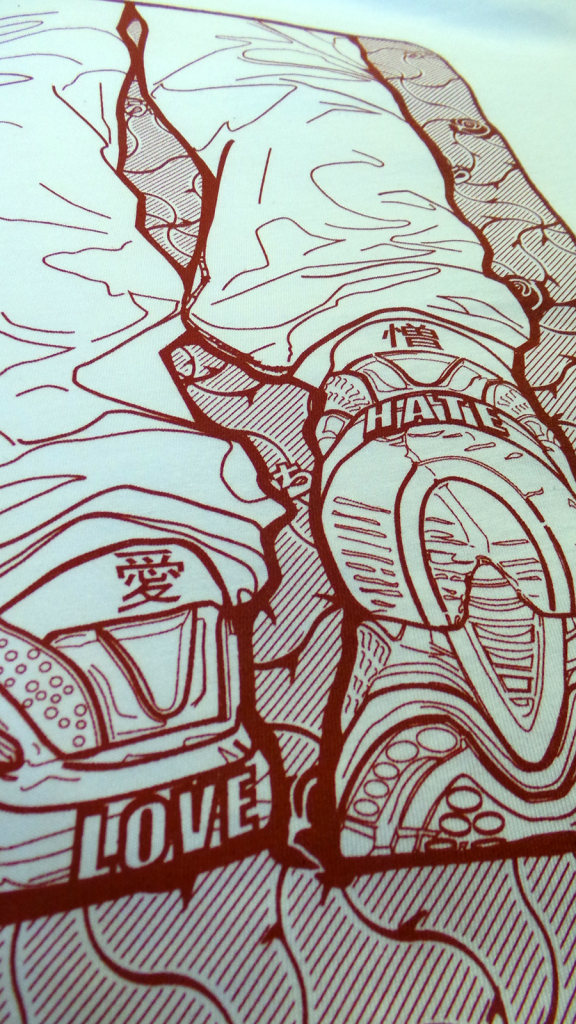