Three  Imperial TIE Fighters are on a sneak attack mission to destroy a key Rebel Alliance stronghold situated along the River Thames. Will the Miillennium Falcon and an X wing prevent them in time? 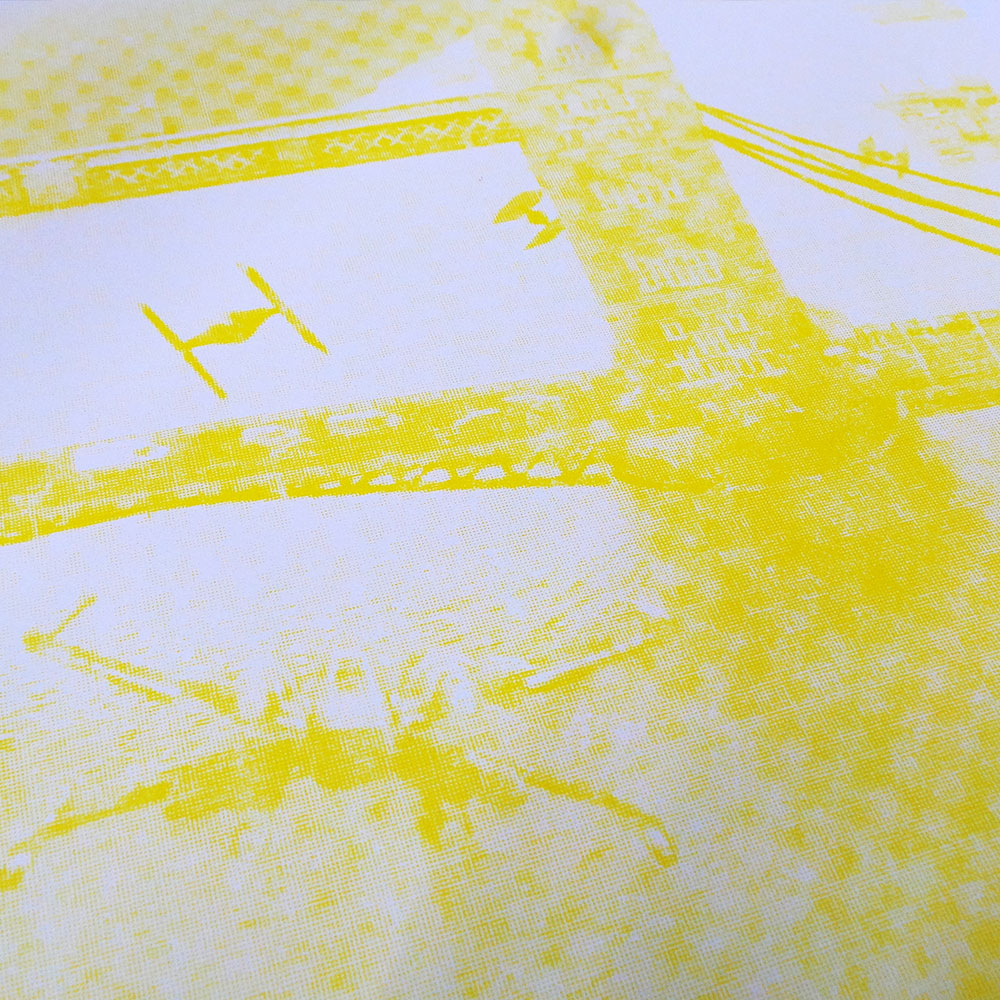 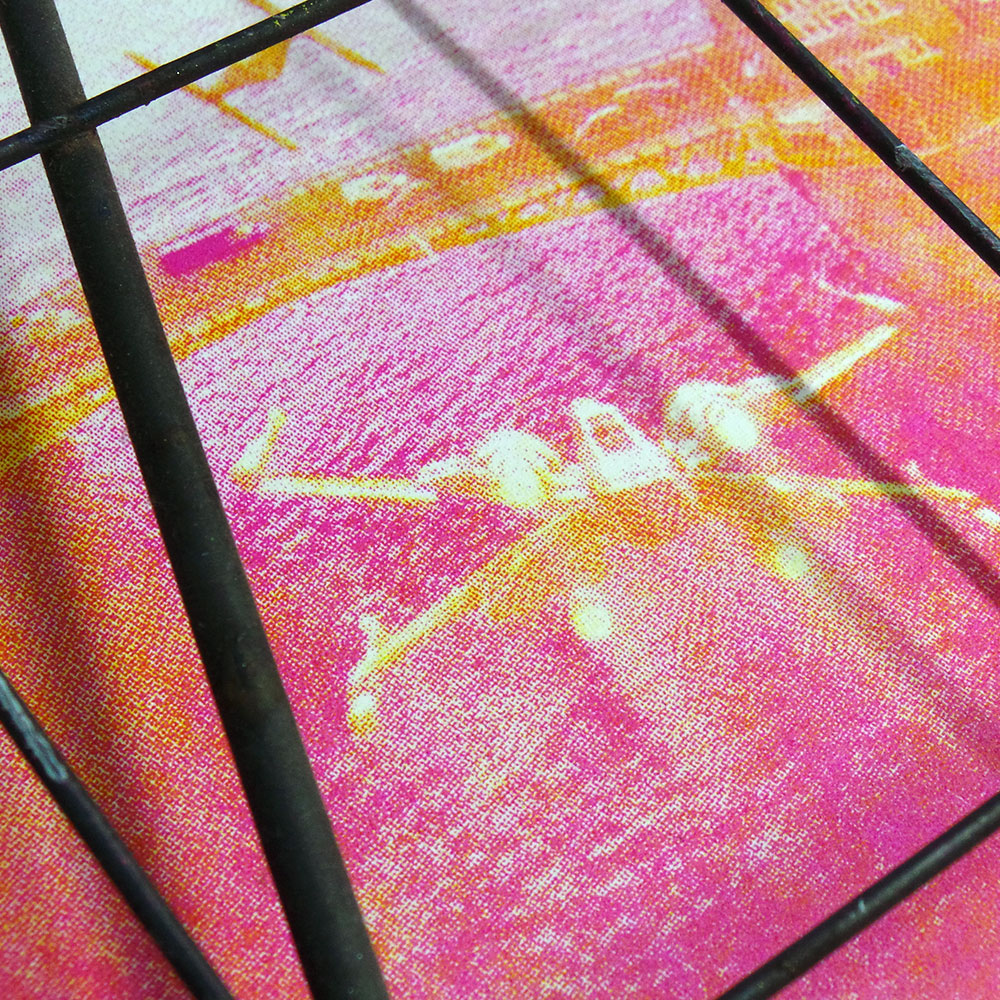 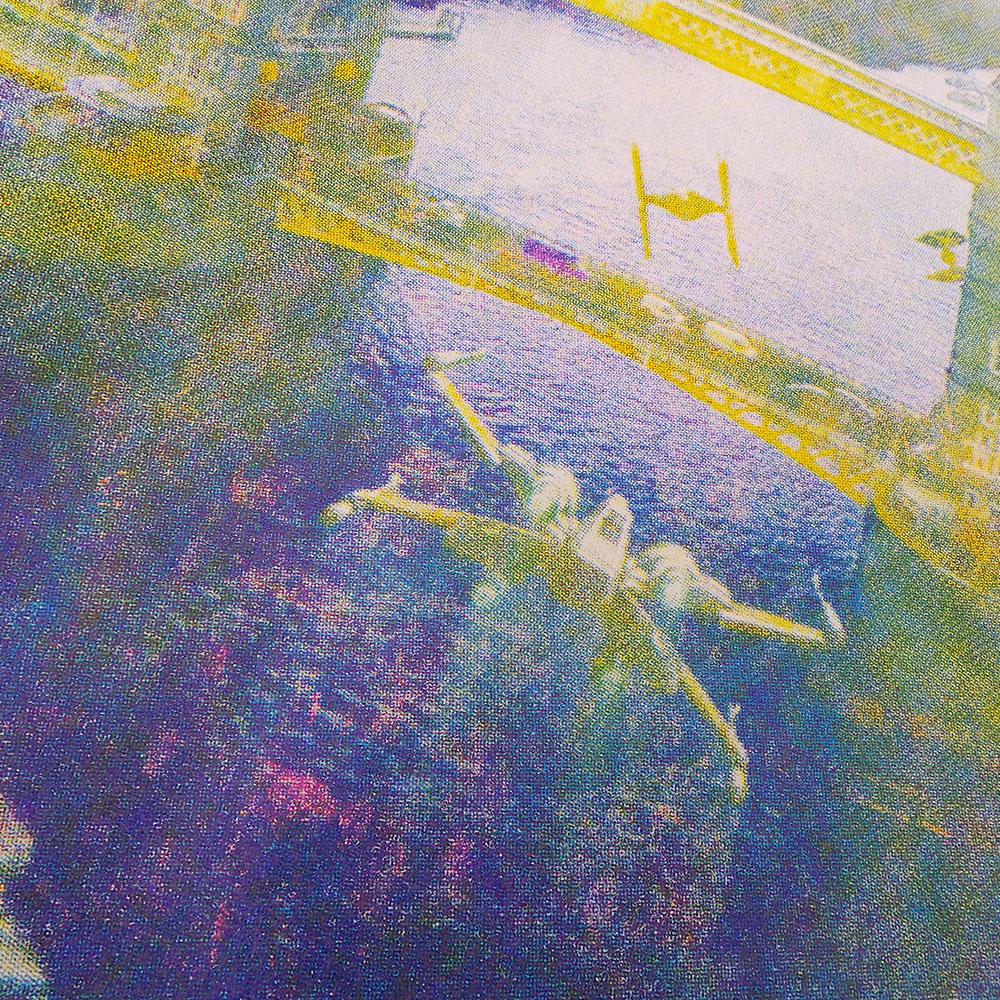 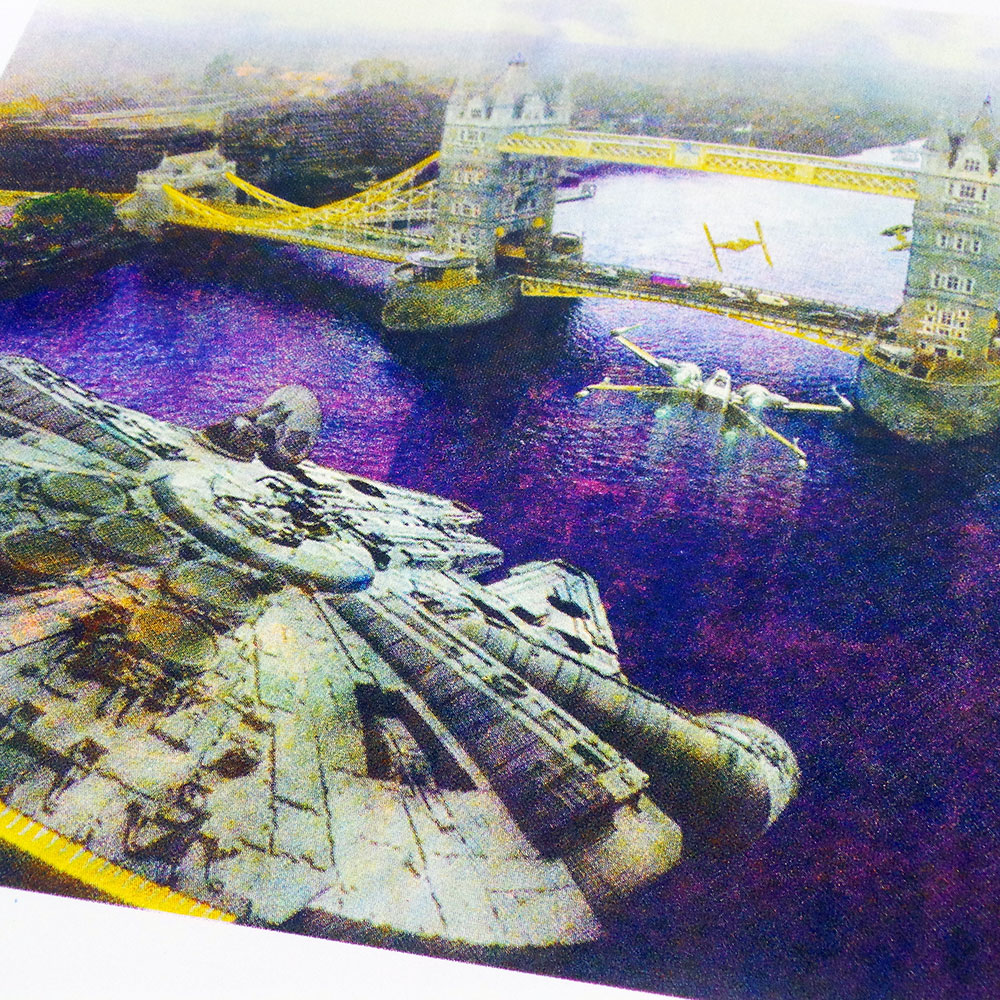 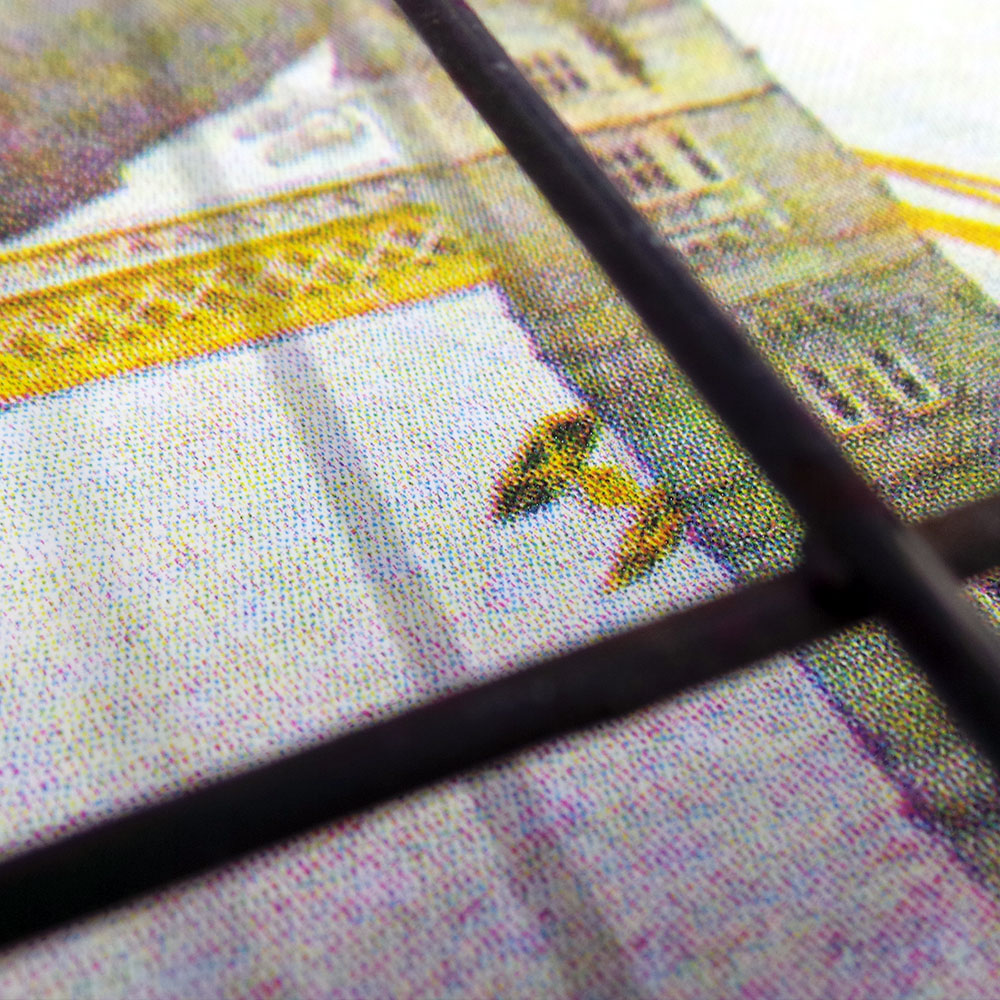 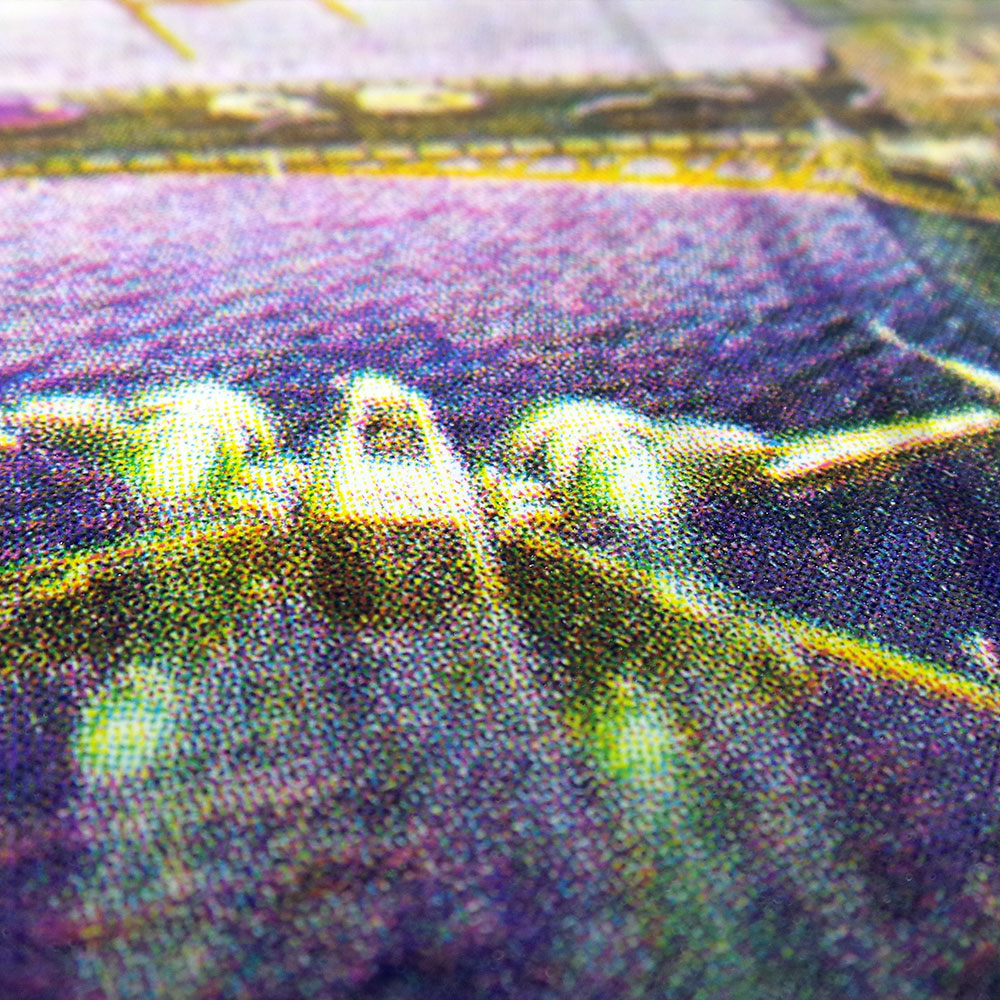 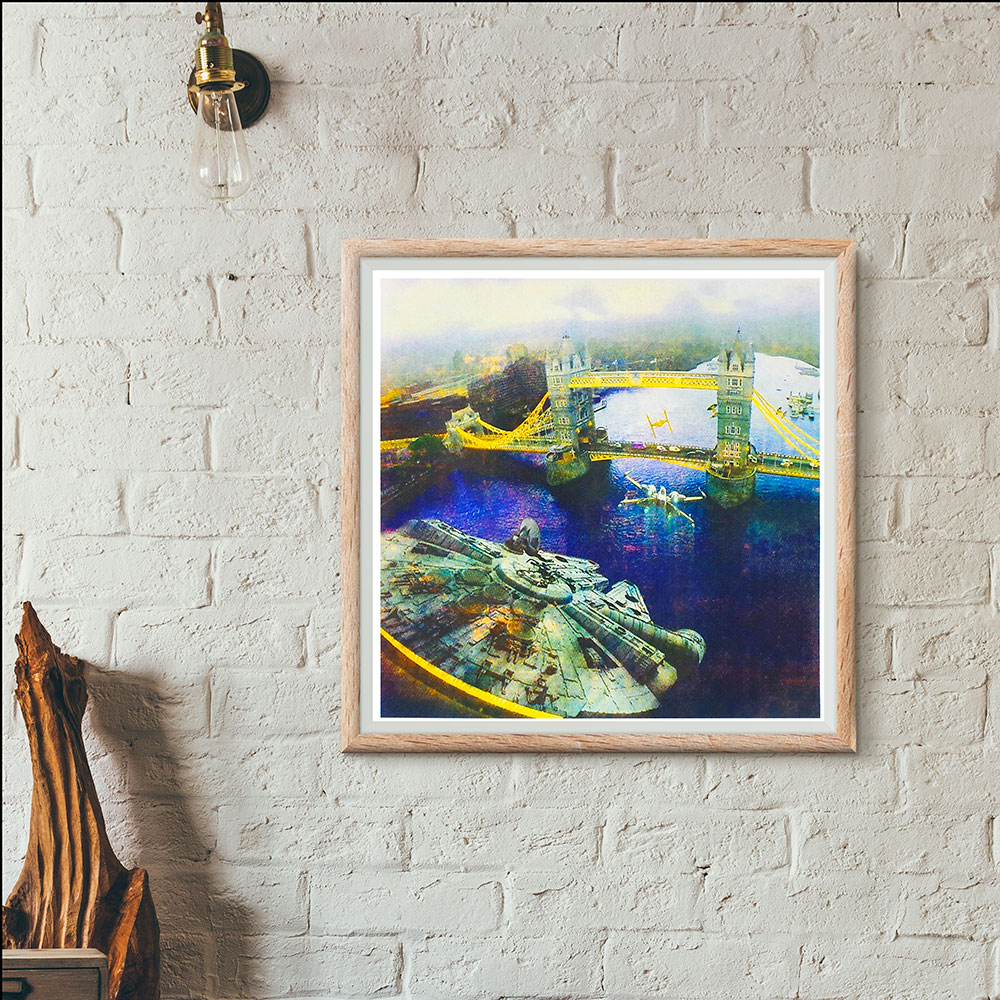 Signed and numbered by the artist. 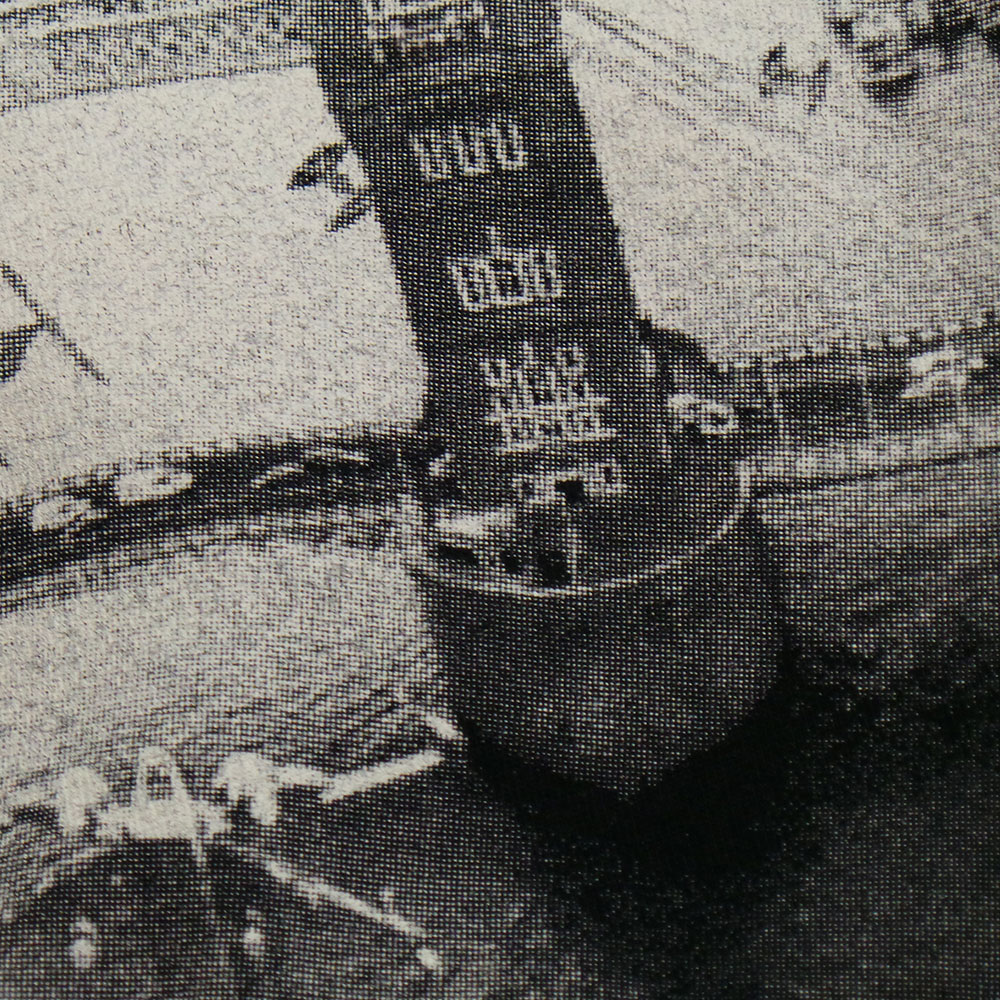 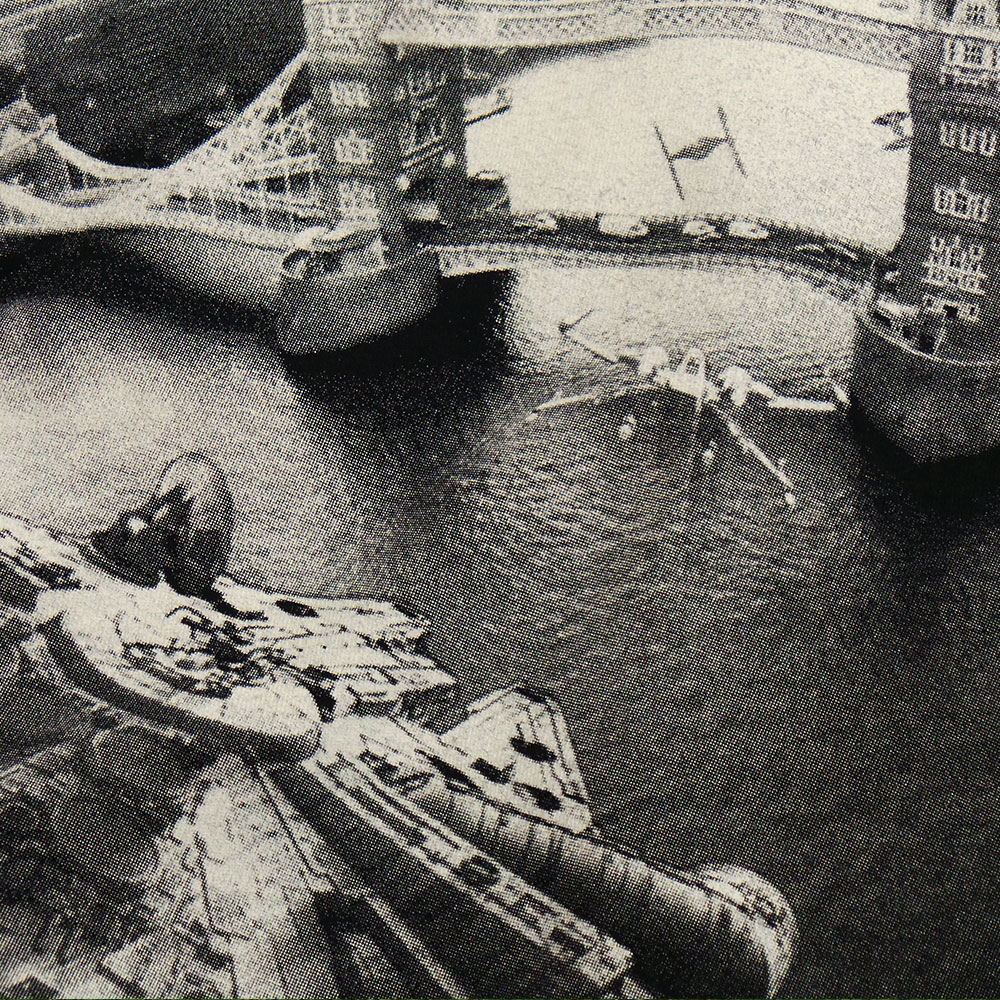 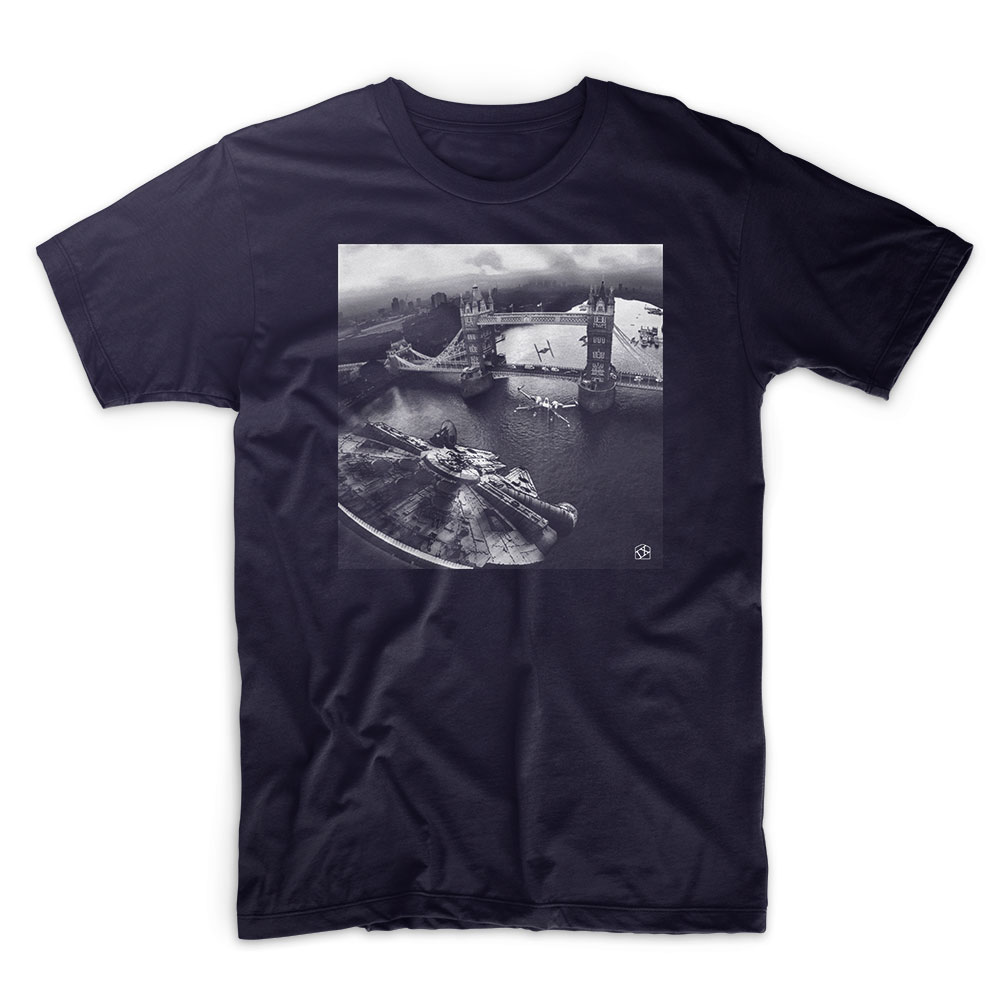 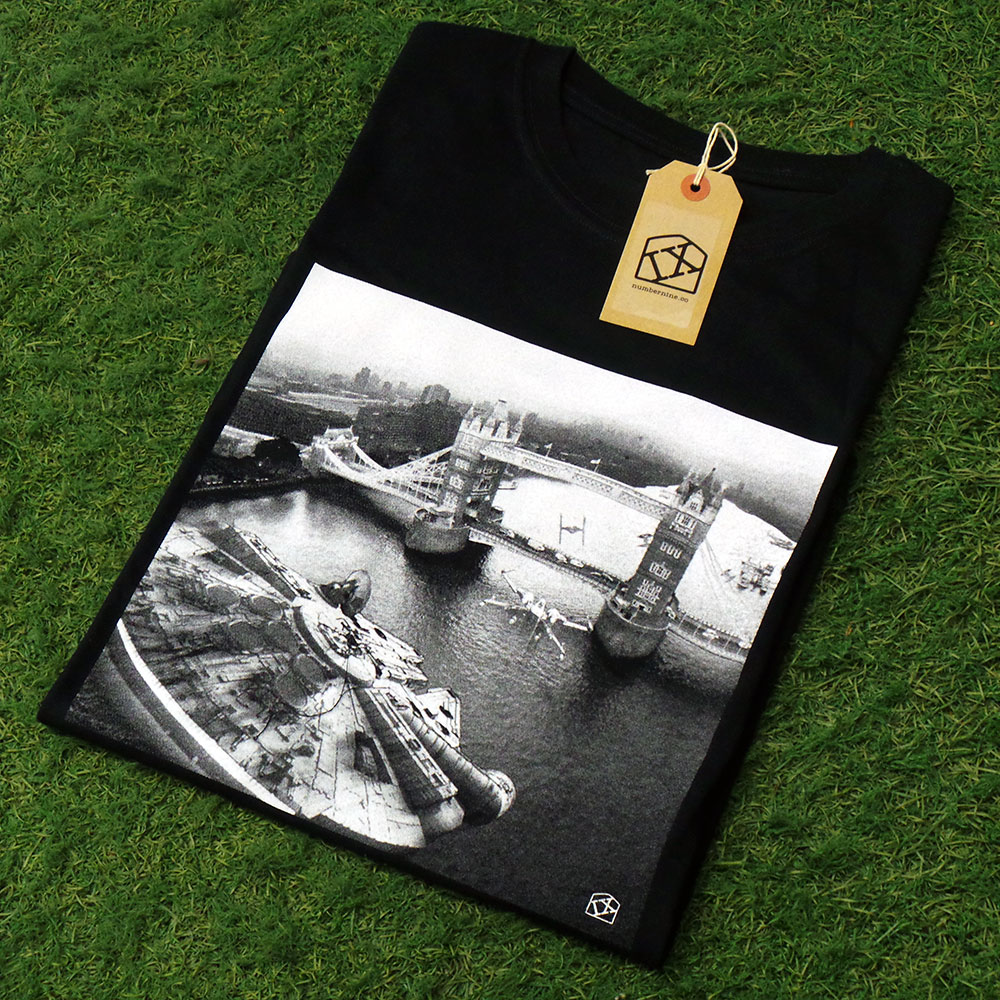 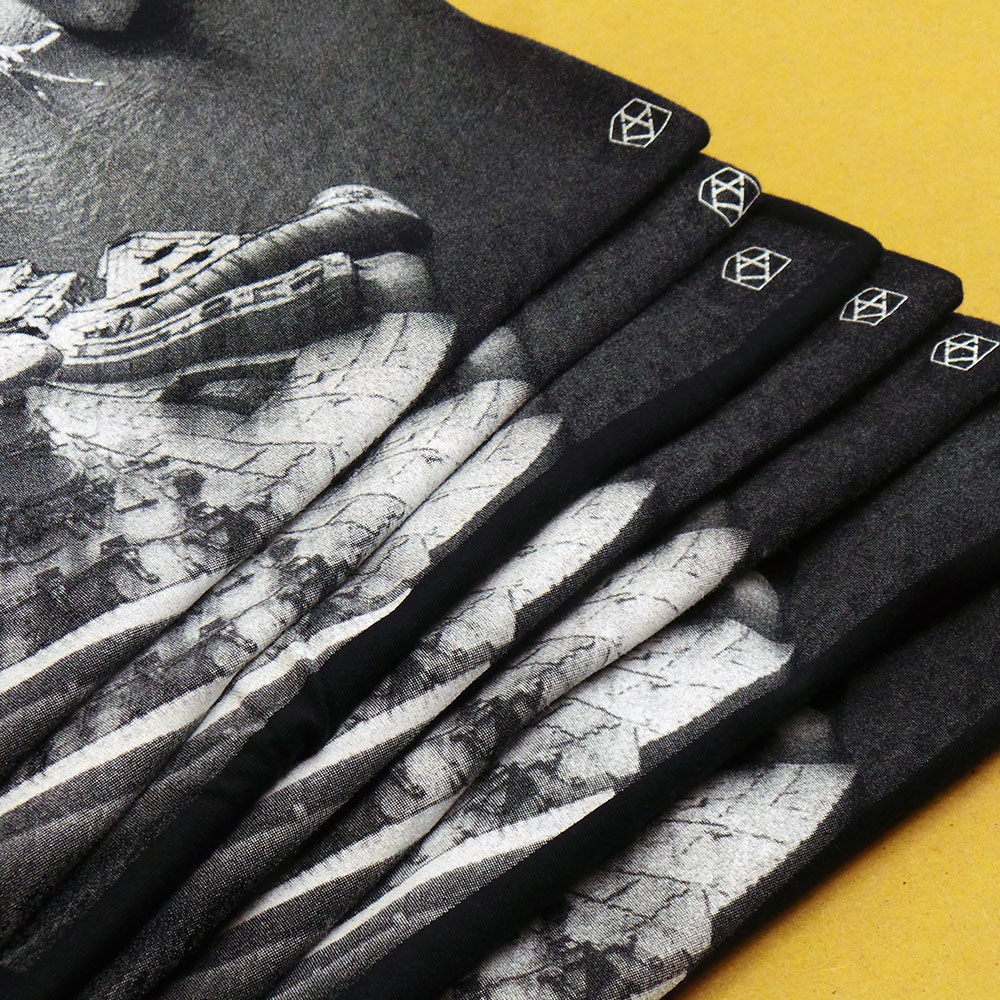 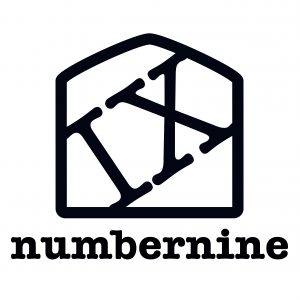 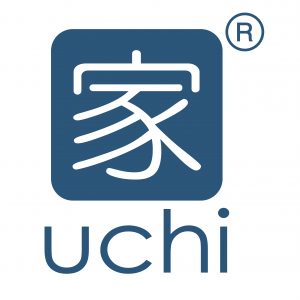 After a fierce dog fight with the Millennium Falcon and a vicious ground assault along the Avon Gorge, a TIE Fighter surveys the aftermath and finds a downed AT-AT Walker against the backdrop of Bristol’s Clifton Suspension Bridge…

END_OF_DOCUMENT_TOKEN_TO_BE_REPLACED

Straight Out of Bristol, Mild West Heroes have been producing a unique range of artists’ graphic T shirts since 2007. Their T shirts feature work from some of Bristol’s finest graphic artists and illustrators, showcasing each artists’ own style and originality.
Original T shirt designs by the likes of Andy Council, Peskimo are just a couple of Bristol artists on their list. Not only that, Mild West Heroes make sure each original T shirt is hand screen printed on organic T shirts using eco-friendly inks. True heroes, Original artists. 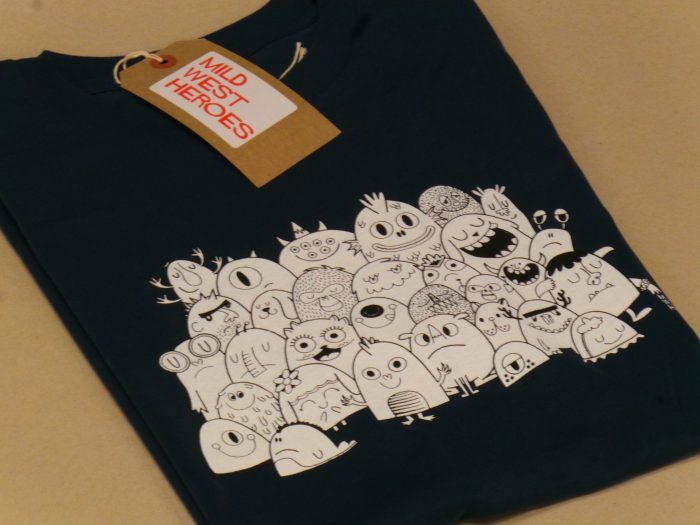 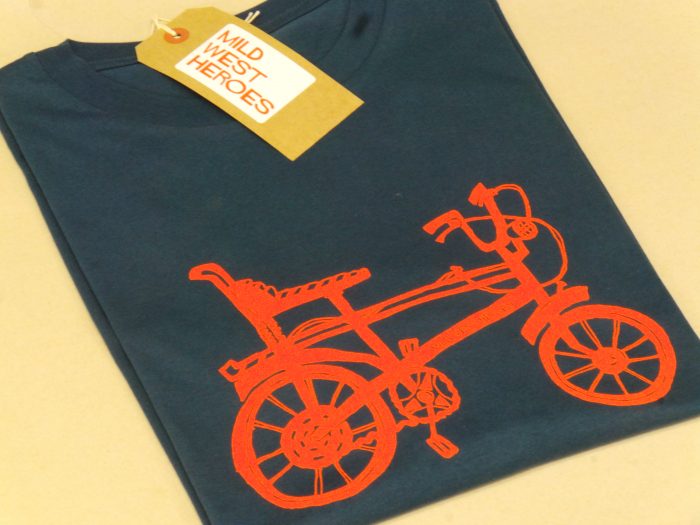 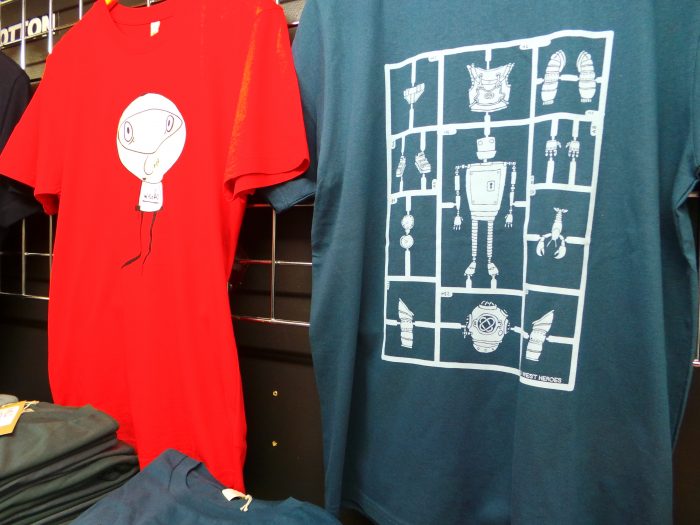 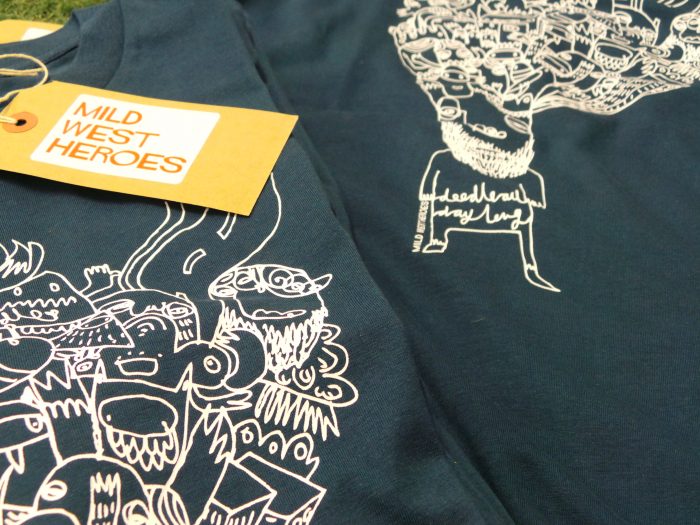 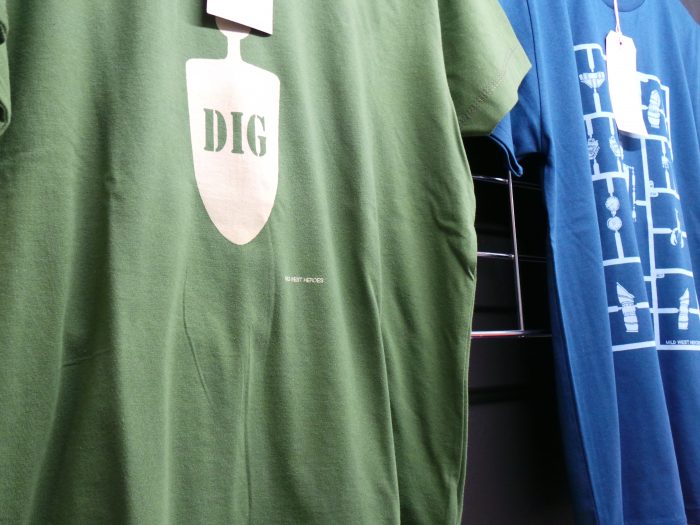 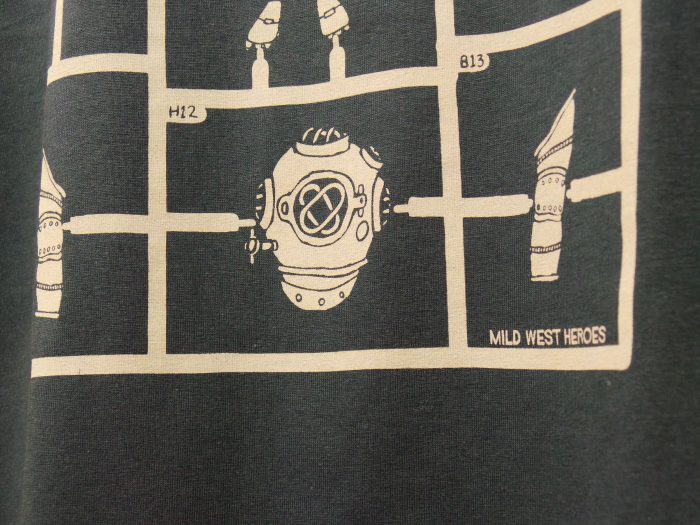 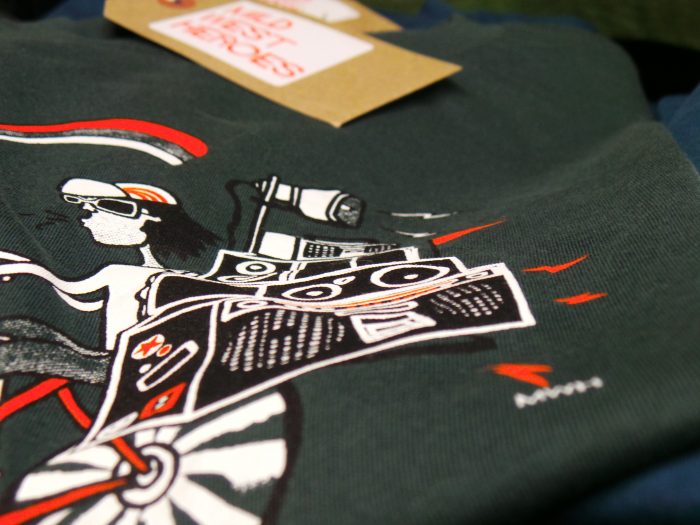 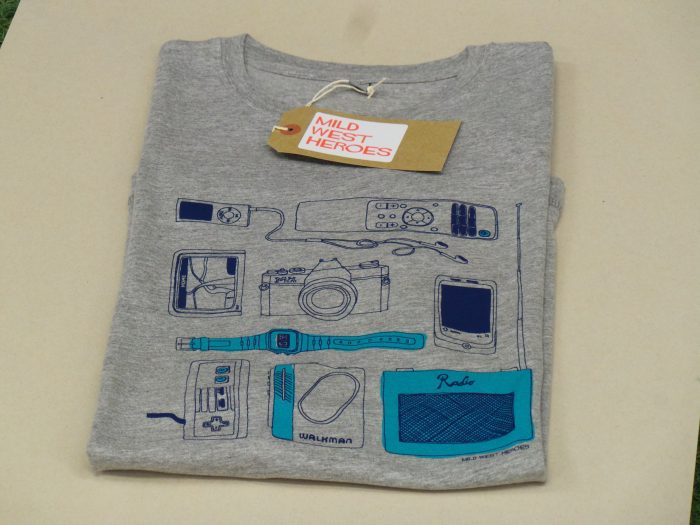 A long time ago, in Bristol…

Fresh new Star Wars T shirts by Numberine T shirts with an obvious Bristol flavour. Featuring Bristol’s iconic Clifton Suspension Bridge, “Millennium” and “Walker Down” are available online in denim and navy blue respectively with more colour drops on the next reprint. We’re sure these will be classic Tees for reppin’ Bristol and your Star Wars fandom. 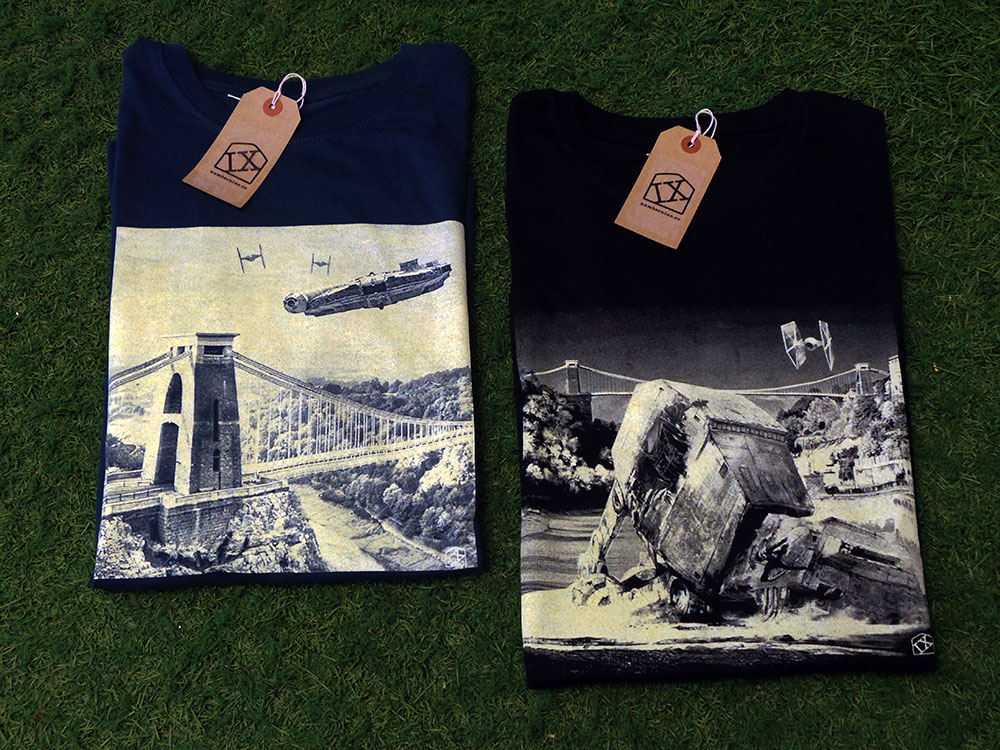 uchi clothing’s newest T shirt, Trojan, is already being hailed as a classic. Since it first appeared the Trojan T shirt has flown off the shelves and online shopping carts. The black T shirt was well received and had many Trojan fans instantly asking if it came in different colours. As usual, the little details are important to uchi clothing so we’re reposted the how and why these two new T shirt print colour combinations evolved…

I had created an ‘artist’s impression’ of the new yellow T shirts, thinking red and green print on yellow would not only look great, it’d be perfect for a reggae based T shirt. However, the mock-up posted on the product page suggested otherwise. I dismissed this and put it down to it being a mock-up and not a picture of an actual real printed T shirt! I was confident that when actually printed, the colours “will look dope on that colour T shirt!”.

They didn’t. It did remind me of having an eye test. On the yellow T shirts, the depth of the red and green colours was two close. The whole print was too dark to show the Trojan emblem prominently enough through the text – the opposite of what I wanted. The mock-up turned out to be accurate after all. 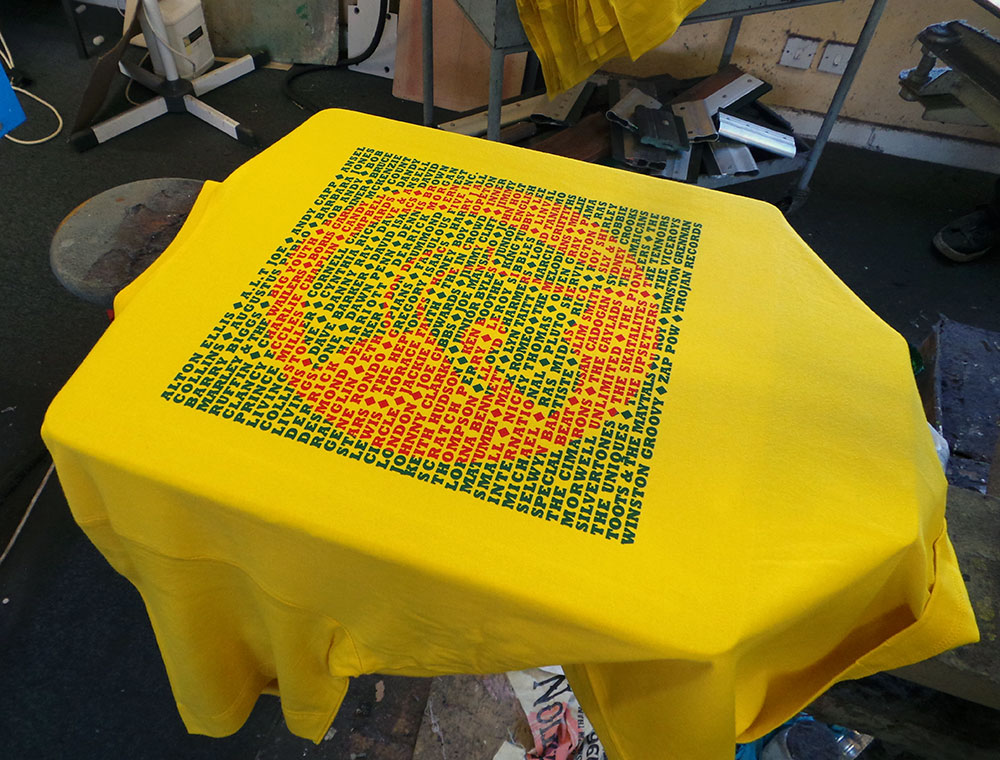 I was a little disappointed, but (and you have to stay on your feet in this game), I remembered that the last yellow uchi T shirt was printed using a dark golden yellow and the same green we were using, so… We overprinted the poorly chosen red with the dark yellow and this is what we got. 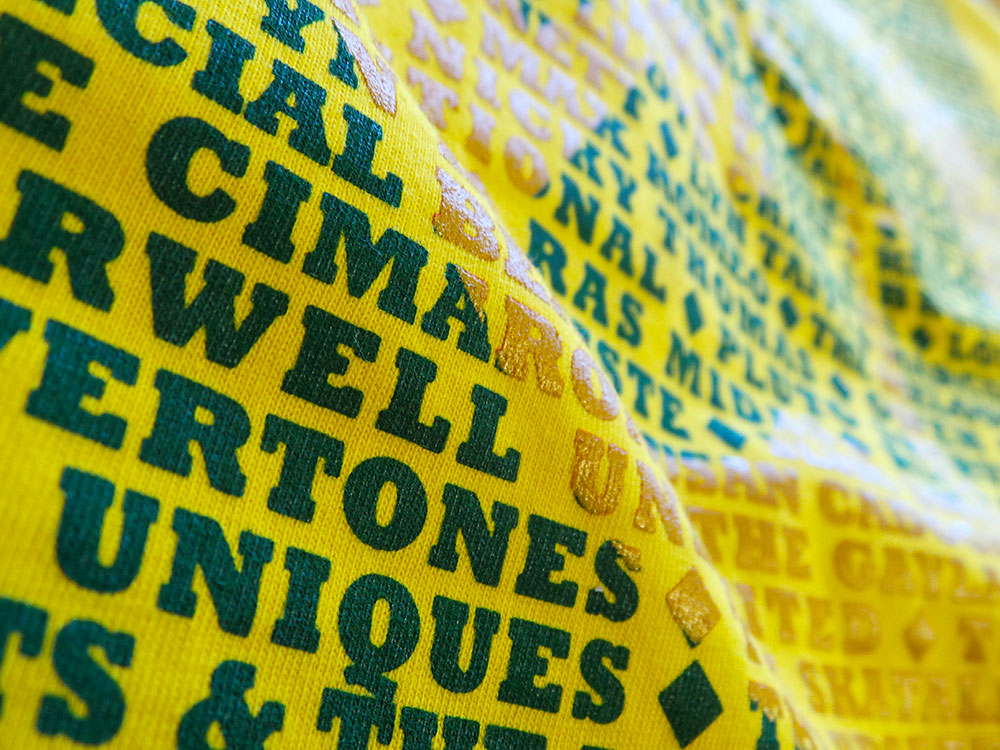 They say hindsight is a beautiful thing. And with further hindsight, or, by paying attention to the rules of colour instead of getting sentimental about red, gold and green combos, maybe even these current colour ways could be better? If instead, green and gold were printed on the cream and the yellow T shirt had the green/orange combo. Perhaps? It is a very limited run, so the next cream and yellow Trojan T shirts will probably see a reversal of colours… maybe clear and red inks? Feel free to let me know what colour combo you’d like to see on a future uchi Trojan T shirt. 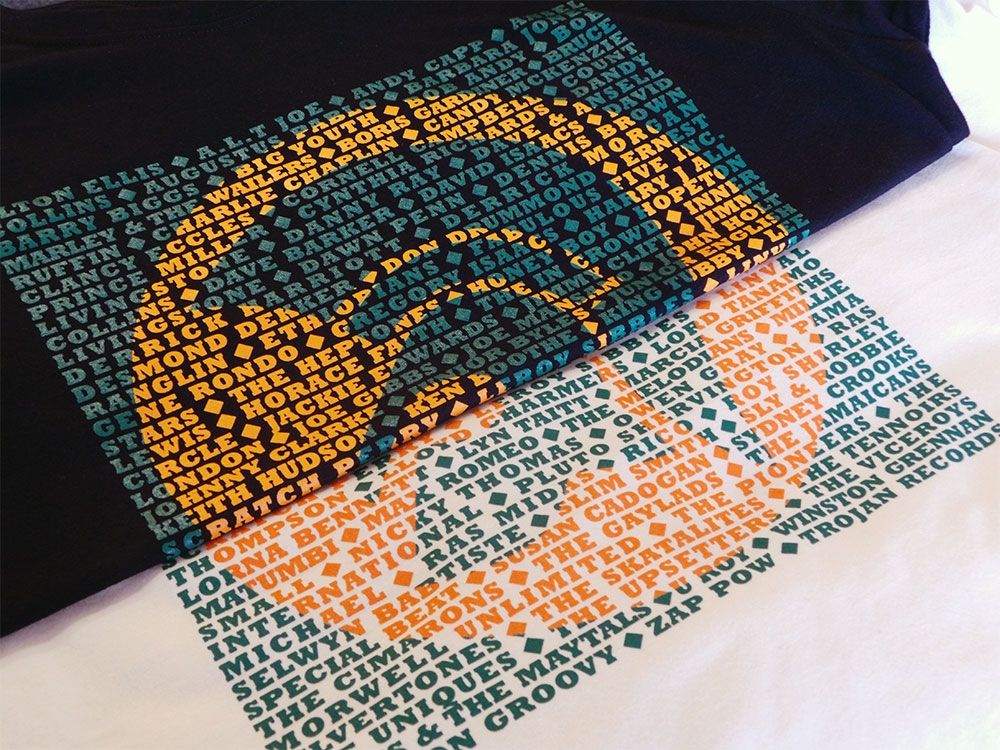 Thanks as always to Screen One Printers, Bristol for their skills.